Each second of the film represents one year. What takes place in this one second are a few of the most striking, most emotive or, as the case may be, quintessential things. They are exemplified by images found on the internet. Fast succession of images makes one forget what was at the beginning. The period of fifty years is over practically in the wink of an eye, it is impossible to remember everything. The film was created for a festival entitled 60 seconds in a minute that took place in the National Library of Technology in Prague. 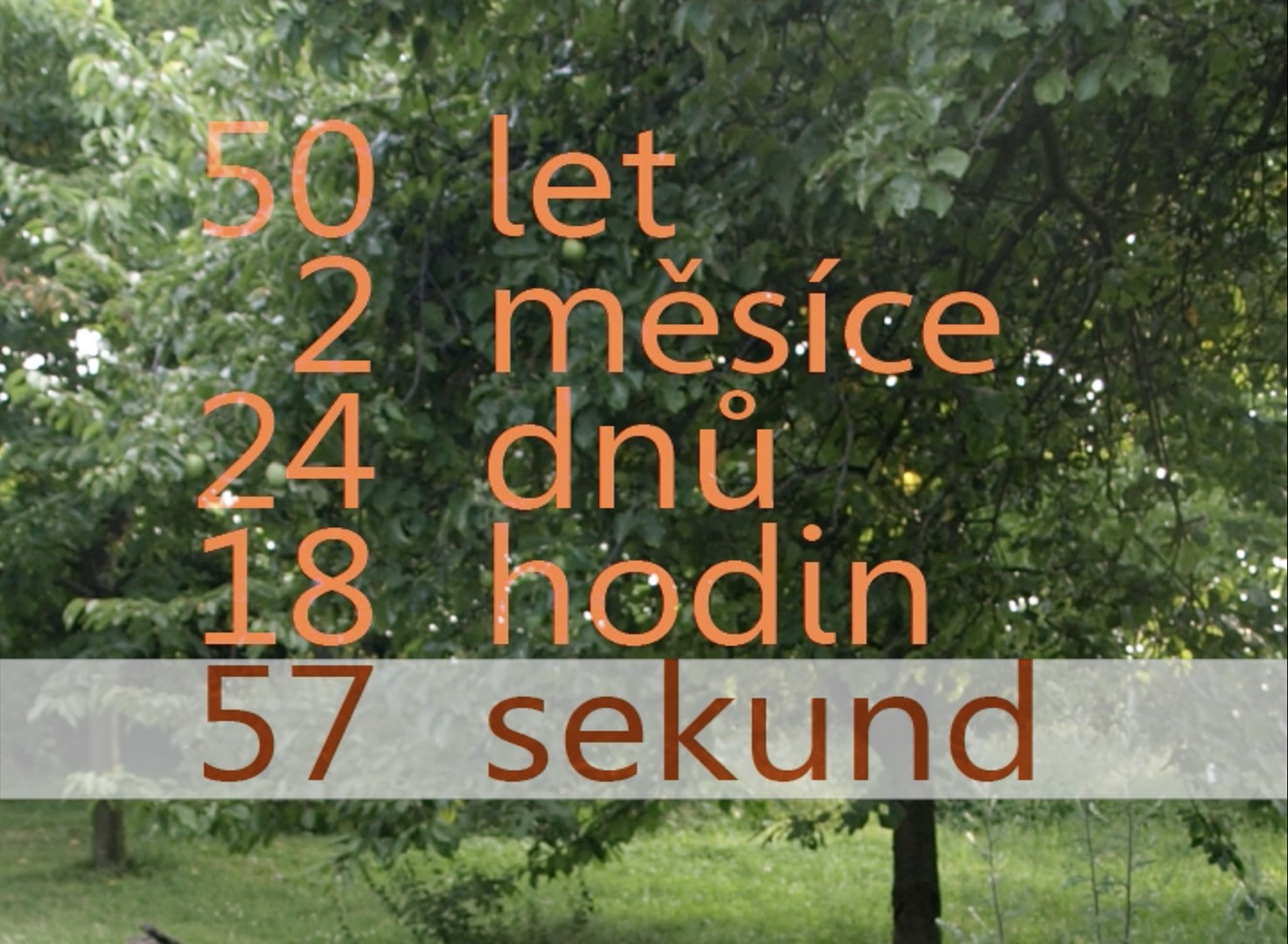